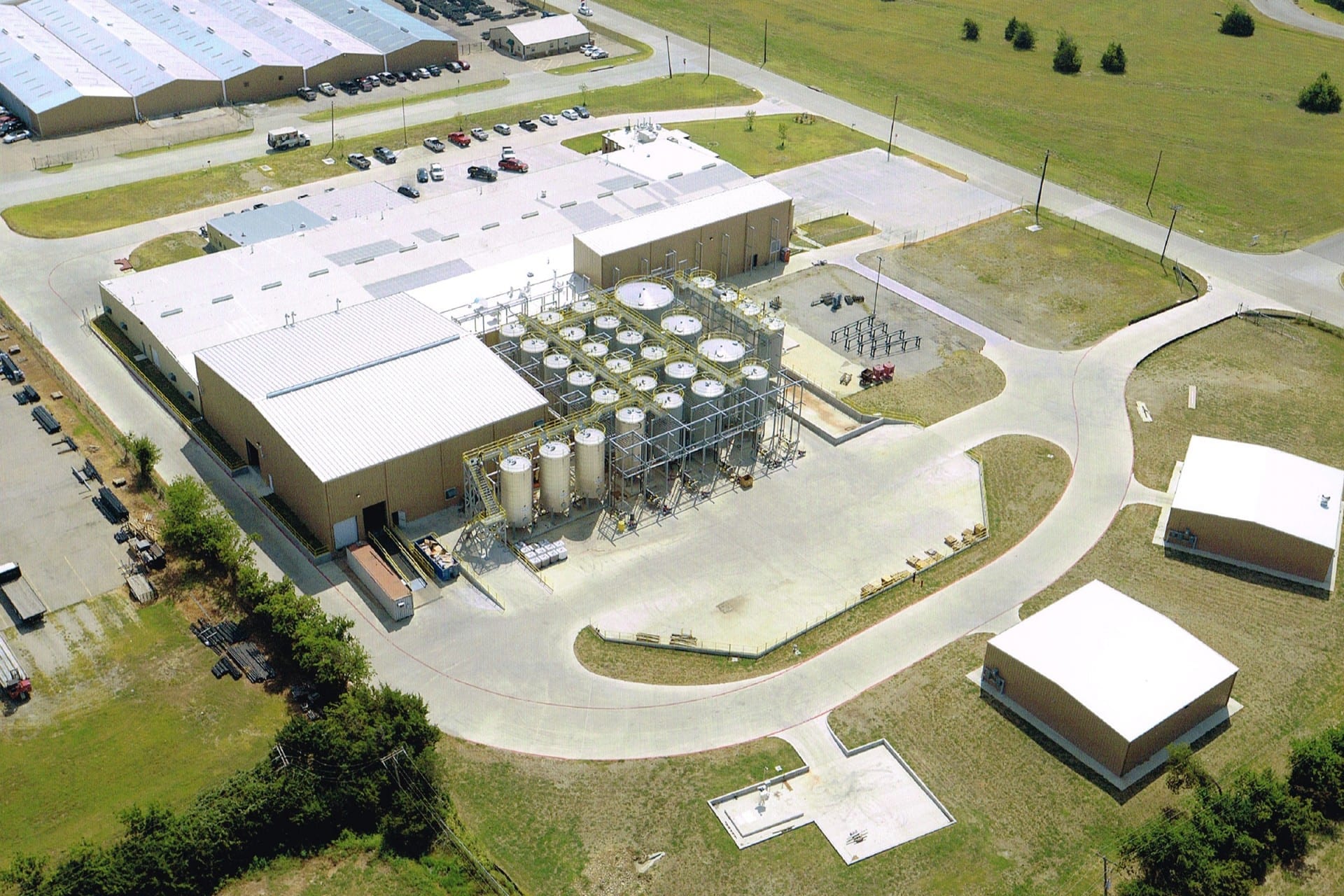 On September 8, 1922 two young men, A.M. Pate Sr., Chris Pate’s great grandfather, and Carl Wollner, opened a little business in a small tin barn on the Northside of Fort Worth. The doors that opened that day led to the people and products of Texas Refinery Corp, known then as Panther Oil & Grease Manufacturing Company. After Wollner died in 1947, the name of the business was changed to Texas Refinery Corp. and Pate Sr. began to increase its product lines, which now include 3,000 products that are shipped to all seven continents. Pate Sr. died the following year, 1948.

“Having a history of it being my family, I didn’t want to be the generation that let things go”
Chris Pate – Texas Refinery CEO

Now 94 years to the day, that company Texas Refinery Corp, celebrated the Grand Opening of the Nation’s newest Lubrication plant in Mansfield, Texas.

The plant is situated on over 8.5 acres of land. The tank farm is home to 29 storage tanks with nearly one million gallons of storage space available for raw materials and finished goods. Of the 29 tanks 7 of the outside tanks are steam heated. There are 5 PLC (Programmable Logic Controller) computers strategically locate around the plant which help to control 445 specialized air operated valves, gauges and meters, said Parks.

The plant contains over 6 miles of process piping and more than 10 miles of wiring conduit, compressed air, natural gas, water and other operational piping. Grease kettles and blending kettles and inside storage tanks make up the production process. Going hand in hand with the new plant is a new onsite lab. The lab assists the factory in maintain the high standard of quality product TRC produces.

Over 500 commissioned sales representatives work for Texas Refinery Corp throughout the U.S., Canada and Mexico. The company employs 55 office employees at the headquarters and 20 at the factory and lab in Mansfield.