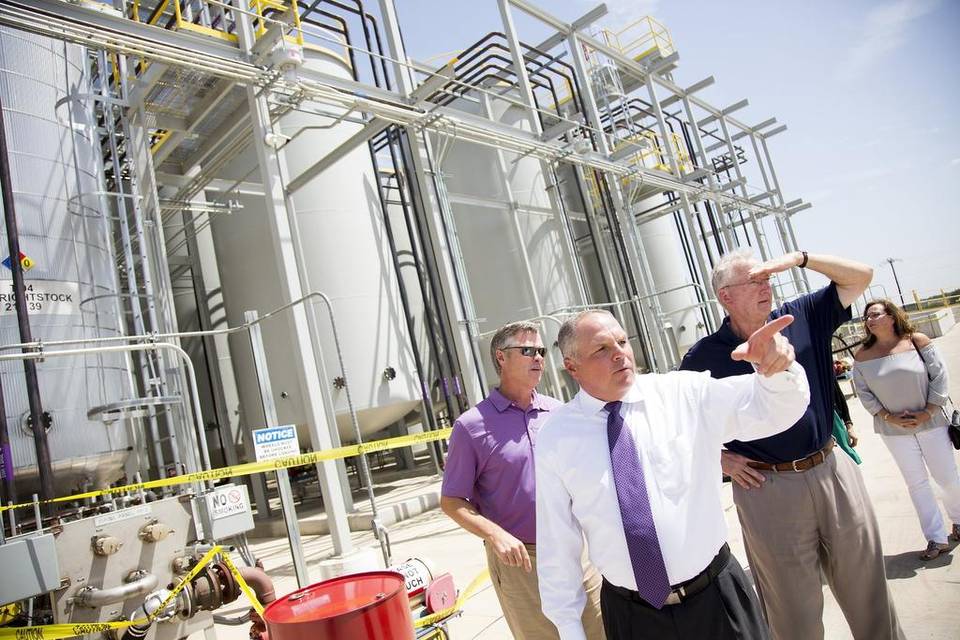 Slick move: Texas Refinery relocates from Fort Worth to Mansfield

BY NICHOLAS SAKELARIS
Special to Star-Telegram

Much has changed since. The company was renamed Texas Refinery Corp. in 1947 since customers outside North Texas wouldn’t relate to the “panther” reference. Environmental Protection Agency rules changed the way the company does business. And in November 2015, as the Trinity River Vision Project moved into its neighborhood, the company moved its grease and lubricant production plant from Fort Worth to Mansfield.

The headquarters, however, will stay on North Main Street in Fort Worth, where Chris Pate — a fourth-generation company man — will run the business. An accountant by trade, Pate has worked other jobs, from running hospitals to banking, but oil and grease feel like home to him.

“Having a history of it being my family, I didn’t want to be the generation that let this thing go,” said Pate, who came back to Texas Refinery six years ago to become its president and CEO.

“Having a history of it being my family, I didn’t want to be the generation that let things go”
Chris Pate – Texas Refinery CEO

For 94 years, the company has manufactured grease, oil and lubricants that keep gears and motors going throughout North America. Texas Refiner will fulfill orders of all sizes, no matter how small, an important niche that’s allowed it to build a solid fan base over the decades.

Its iconic red, white and blue barrels have become a staple of barrel racing at the Fort Worth Stock Show and Rodeo, one of the few businesses in Fort Worth that have been around longer than Texas Refinery.
The company celebrated its 94th anniversary on Friday with a grand opening for the new Mansfield plant.

The project prompted Texas Refinery Corp. to sell its plant and look for a new home.

Dennis Parks, executive vice president of Texas Refinery, said company officials originally wanted to stay in Fort Worth. But that changed when they found an old glass factory in southwest Mansfield.

The idea of moving had been in the works for a decade, but Pate’s return really accelerated the process, Parks said.

“It wasn’t that Texas Refinery Corp. was stagnant, but he brought all these fresh, new ideas,” Parks said. “In the last four or five years he’s really rejuvenated the company. We were under the gun to get this done not only on time but at budget.”

It took years of engineering and problem solving to build a plant that could conform to EPA regulations, said Patrick Walsh, executive vice president of Texas Refinery.

“How do you scrub that air so you don’t release the pollutants into the air?” Walsh said, describing one issue. “It’s got the latest and greatest state-of-the-art technology for containing spills.”

The plant has an intricate pipeline grid that moves chemicals, oil and grease to various kettles and storage tanks. Outside are 29 storage tanks with a total capacity of 890,000 gallons.